FreeFlight Featured in Avionics News' Article - 5G Radar Altimeters, Ahead of the Curve Skip to Content

FreeFlight Featured in Avionics News’ Article – 5G Radar Altimeters, Ahead of the Curve

5G RADAR ALTIMETERS, AHEAD OF THE CURVE

When the Federal Communications Commission first established procedures for the first 5 G spectrum auctions, most original equipment manufacturers didn’t pay much attention, according to FreeFlight Systems President Anthony Rios. “There was an assumption that certain areas of spectrum would be protected due to safety requirements for aviation,” he said. “Fast-forward to today, it’s taken four years for the industry to realize that assumption is no longer true.”

By contrast, Rios noted that FreeFlight Systems leadership at the time quickly identified potential risks to the spectrum auctions and began to identify solutions. “We took fate into our own hands and started to design a product to address the issue,” he said.

A Texas-based NextGen aviation leader specializing in avionics design, development and manufacturing, FreeFlight Systems is offering a modernized line of radar altimeters to mitigate 5 G interference. It designed the Terrain Series from the ground up to be a simple replacement for older-generation altimeters and deliver tailored solutions for several market segments:

In March, the company successfully completed the first round of formal testing required to support the Federal Aviation Administration’s required 5G alternative method of compliance radius, with exceptional results,
proving that its robust design can coexist with C Band 5G networks. The company will continue the testing of the
Terrain Series radar altimeters and improve performance as more refined AMOC methodologies emerge.

Importantly, the Terrain Series altimeters are designed to allow customers to upload software updates that will
ensure it always meets FAA minimum performance standards as they evolve in the future. On Aug. 16,
FreeFlight Systems announced that the RA-6500 and RA-5500 Terrain Series radar altimeters had received
technical standard order certification from the FAA.

Ensuring the safe rollout of 5G networks was a topic addressed at the June annual General Meeting of the
International Air Transport Association in Doha, Qatar, where IATA’s Director General Willie Walsh urged
governments to work closely with the aviation industry to ensure that aviation and incumbent aviation safety systems can safely coexist with new 5G services.

In the United States, the FAA has been working to ensure that radio signals from newly activated wireless telecommunications systems can coexist safely with flight operations, but the 5G rollout has been rockier in the U.S. than abroad.

In the U.S., 5G services launched in 46 markets on Jan. 19 using frequencies in the C-band radio spectrum, which can be close to those used by radio altimeters. That month, after negotiations involving the FAA and key stakeholders in the aviation and wireless industries, wireless companies Verizon and AT&T agreed to a level of voluntary mitigations for a period of time, which was later extended until July 2023.

“We believe we have identified a path that will continue to enable aviation and 5G C-band wireless to safely coexist,” said Acting FAA Administrator Billy Nolen on June 17. “We appreciate the willingness of Verizon and AT&T to continue this important and productive collaboration with the aviation industry.”

At the same time, the FAA has worked with wireless companies to identify airports around which their service
can be enhanced with the least risk of disrupting flight schedules. Airlines and other operators of aircraft equipped
with the affected radio altimeters must install filters or other enhancements as soon as possible.

According to the FAA, filters and replacement units for the mainline commercial fleet should be available on a schedule that would permit the work to be largely completed by July 2023. After that time, the wireless companies expect to operate their networks in urban areas with minimal restrictions.

IATA’s Walsh characterized the FAA’s target July 2023 date as “deeply disappointing and unrealistic. The FAA has
not even approved or certified all the safety solutions that it will require, nor have systems providers been able to say with certainty when the equipment will be available for much of the fleet. So how can there be any confidence in the timeline?” he said.

“Furthermore, FAA can provide no guarantee that airlines will not have to carry out further upgrades to radio altimeters as even more powerful 5G networks are deployed in the near future,” Walsh said. IATA also noted that 19 additional telecommunications companies are scheduled to deploy 5G networks by December 2023.

In the context of this short and uncertain timeline, Rios noted that it will take first-tier OEMs just starting the development process now at least a couple of years to design and release a prototype of a 5G-tolerant radar altimeter that isn’t a stopgap solution. “The real solution is a redesign of the radar altimeter to be better neighbors on the spectrum, so if you’re starting now, it’s going to take a long time.”

By comparison, FreeFlight Systems has “designed a digital platform, and it’s available now,” Rios said, noting
that the Terrain altimeter is the only one in the market that has been specifically designed to coexist with C
Band 5G networks from a “clean sheet.”

“We’ve made a product that is small, lightweight and adapts well to small platforms,” he explained. “It’s designed with a digital processor that can be adapted through software updates to change the filter characteristic. We offer
a unique competitive advantage because no one else has done this.”

“What we understand about 5G today can change tomorrow. If you’re an airline, you want a solution that
can be adapted to change, so having a digital platform that can adapt to those changes is essential,” Rios said.
The Terrain altimeter “can be that ‘last-radar-altimeter-you-have-to-buy’ piece of hardware for you.”

The Terrain Series’ Design Assurance Level B criticality, dual-install compatibility, altitude measurement range of up to 2,500 feet, and 55,000-foot service ceiling make the product ideal for new or retrofit Part 29 rotorcraft and larger fixed-wing aircraft installations. The small footprint design means that it can easily be installed in place of legacy altimeters from various manufacturers.

FreeFlight Systems is marketing the RA-4500 MK II upgrade as a good retrofit solution for the rotorcraft market, traditionally the biggest users of the legacy RA-4000/4500 altimeters. To date, “there’s been more talk and focus on airlines, but right now helicopter operators are most at risk,” Rios said.

“If you consider the emergency services like fire, police, rescue – the people who have to launch and fly into any area at any given point – how do you protect against helicopters going into downtown where 5G would be dense? It’s a bigger issue that needs to be addressed,” he said.

A new market that FreeFlight Systems has recently started to engage with for this product is the emerging urban air mobility sector, following the unexpected interest it has received from UAM OEMs. “These UAMs are by definition creating aircraft to fly in urban areas with high 5G signals, so OEMs want to install the best radar altimeter product out there from the beginning,” Rios said. “I wish we could say we saw it coming, but we didn’t. It makes sense that there is a significant market in this space.” 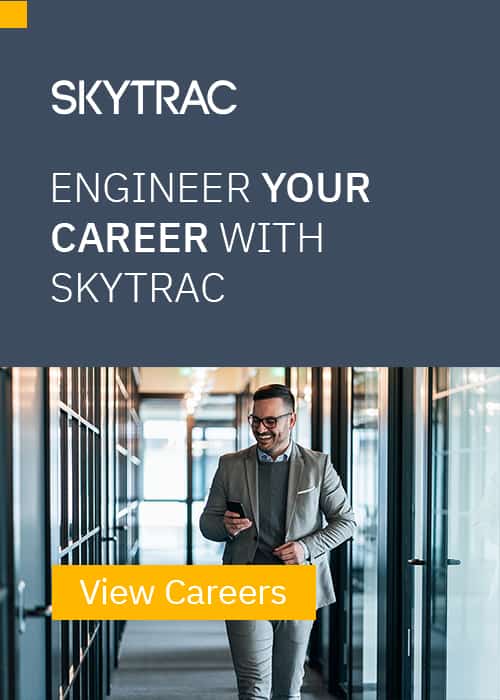